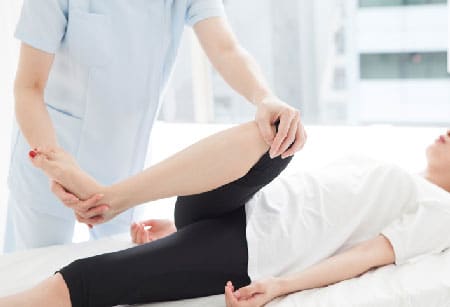 According to the CDC, 43 million Americans have been diagnosed with arthritis. Another 23 million have chronic arthralgia. Arthritis is the leading cause of disability in the United States. It’s no wonder that last year nearly 250,000 hip replacements were performed (see Figure 1). Total hip arthroplasty (THA) is a rapidly evolving field of orthopedic surgery. But with any novel technology or technique comes controversy. 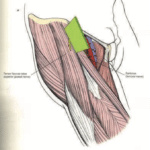 Most surgeons use a lateral or posterior approach to total hip arthroplasty, both of which violate neuromuscular planes. Historically, the posterior approach has been associated with a greater risk of dislocation after surgery, while the lateral approach can result in abductor weakness in some patients. The anterior approach is enjoying a resurgence in popularity (see Figure 2). It does not violate any neuromuscular planes and is thought to reduce the risk of early dislocation after surgery. Unlike the posterior and lateral approaches, patients do not have post-operative dislocation precautions or abductor weakness, respectively. That said, there has not been any strong data showing a long-term benefit of any one approach over the others.

“MIS” has been a trend in arthroplasty for several years. For some surgeons, MIS means minimizing deep tissue dissection and avoiding any violation of neuromuscular planes (see anterior approach above). For others it is performing surgery through the smallest possible incision. Theoretically, minimizing soft tissue trauma may result in a faster recovery. Opponents of MIS complain that there is a greater incidence of nerve injury and component malposition. Thus far, the literature does not support any lasting benefit to smaller incisions in THA.

Until recently, metal-on-metal (MoM) hips were gaining widespread popularity for their low wear rates. The ability to implant larger femoral heads also promised improved stability and lower dislocation rates. Over the last few years, MoM has been the bearing couple in one out of every three implanted hips. In 2010 concerns arose regarding adverse local tissue reactions (ALTR) to microscopic metal wear debris. Findings included pain, instability, local pseudotumor, bone and soft tissue destruction. Although the true incidence of ALTR is unknown, new-onset pain, limp, swelling or instability should raise concern and prompt referral to an arthroplasty surgeon. Radiographs, ultrasound and metal-subtraction MRI can all aid diagnosis. Following serum cobalt and chromium levels may also be helpful, but these are frequently elevated even in well-functioning hips. It is worth noting that the vast majority of patients with MoM THA continue to do very well. 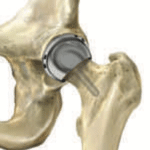 Unlike traditional hip replacement, hip resurfacing doesn’t replace the entire femoral head and neck with a prosthesis. Instead, the femoral head is reshaped and capped (see Figure 3). The acetabulum is resurfaced in a fashion similar to that seen in THA. Although resurfacing maintains more femoral bone stock for later revision, concerns have been raised regarding post-op femoral neck fractures. Additionally, resurfacing utilizes a MoM bearing couple, making it a less attractive option (see Metal-on-Metal above).

Most total hips are implanted by orthopedists with a volume of less than 30 such cases annually. Recent outcomes data has reaffirmed that surgeons who perform greater than 50 to 100 hip replacements per year have significantly improved outcomes, including decreased revision rates, infection, dislocation and length of hospital stay. Practice makes perfect.